The model is certified for work in explosive environments Introducing the Latitude 7220EX Rugged Extreme Tablet PC. Devices are needed everywhere. But there are many hazardous environments that not only pose danger to devices for whatever reasons, but which are potentially explosive because they are filled with gases, vapours, combustible gases, and other flammable components.So due to the Latitude 7220EX Rugged Extreme Tablet PC engineers and field staff can work safely and efficiently. According to the US Bureau of Labor Statistics, oil workers remain one of the groups with the highest risk of injury and death in the workplace.
When discussing the use of Dell Rugged equipment and complex work environments, we are not just talking about extreme temperatures or the risk of dropping the device down. A large number of customers around the world work daily in hazardous environments. Many deals with flammable components, while gases, vapours and combustible dust increase the risk of ignition and the risk of explosions. Examples include the work of scientists, energy engineers, and oil workers, especially those who work with industrial equipment and the technical staff responsible for delivering fuel to gas stations. Latitude 7220EX Rugged Extreme is a powerful and high-performance 11.6-inch fully protected tablet with the brightest screen from ATEX certified. The tablet can be used in a potentially explosive environment. A screen with a brightness of 1000 nits, which improves visibility in bright sunlight, and also provides the ability to work with gloves, recognizing touches. To balance device security with user accessibility, the Latitude 7220EX Rugged Extreme features a built-in Windows Hello face recognition camera and an optional next-generation fingerprint reader. The Dell Latitude 7220EX Rugged Extreme Tablet is designed to provide intrinsic safety, durability at the level of military hardware requirements, and performance even in potentially explosive environments. 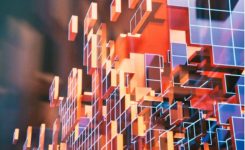 The Ugly Truth About Data Management